Knots, Bends and Hitches for Caving

Many considerations and criteria are used when selecting Knots and Ties for vertical caving.

Strength, ease of tying, ease of inspection, secure under load and ease of untying after loading are just a few.

The Ties included within this web page are used within the caving community Worldwide, with some places preferring to use certain knots over others.

Cavers need to be able to tie these Knots in the dark, wet, cold and tired, quickly and efficiently. This is the foundation of rigging, etc.

It is your responsibility to know them, you should not be learning them in a course from an instructor etc.

You should be building on your skills during these courses not learning how to tie knots.

A little word on terminology before you get started, use clear names for all knots, systems and gear, period.

There is nothing more frustrating than someone asking for you to rig a “Z-rig” (another name for a 3:1 haul system), and have confusion prevail. Whereas asking to have them rig a 3:1 is the clearest way.

The same goes with knots.

Bight – A 180 degree fold in the rope where the two ends run parallel to each other
Bend – The joining of two rope or webbing ends together
Loop – A turn of rope that crosses itself
Hitch – A tie which requires, an object to maintain its integrity

Strength Reduction in rope occurring from knots varies but as a rule of thumb we say 1/3 for the knots generally used in caving. 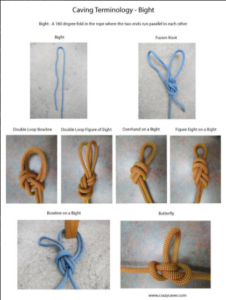 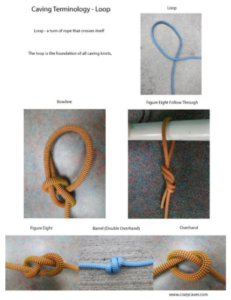 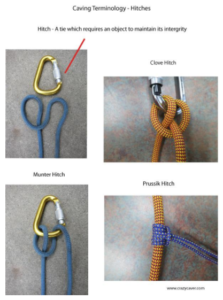 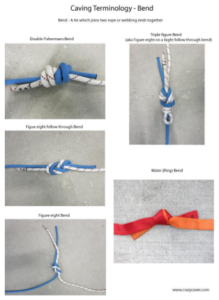 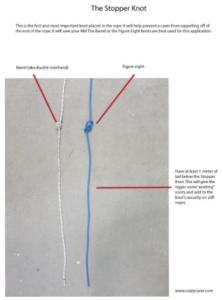 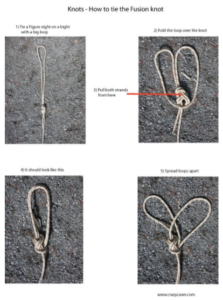 Knots and ties to practice: 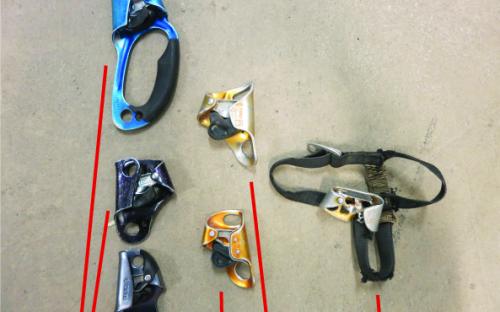